Money, Economy, Value on the mind of many artists

The End of Money exhibition at Witte de With, May - August 2011 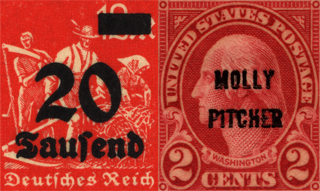 The End of Money is a group exhibition about time and value. Bringing together works by a host of international artists, this exhibition and its parallel publication reflect upon the fears, hopes, and expectations associated with the end of money and its ominous consequence: the dissolution of an absolute standard of value.


The works included in The End of Money range from reflections on the arbitrary ways in which value is ascribed to things, as in Zachary Formwalt’s video At Face Value (2008), in which a stamp collection is taken as an occasion to explore the historical valuation of stamps as currency; to explorations of the absolute loss of representative value, as in Christodoulos Panayiotou’s 2008 (2008), a monumental pile of shredded Greek Cypriot Pounds, the totality of which the artist was able to acquire when Greek Cyprus adopted the Euro.


Information from the Witte de With website.  For more details:  The End of Money
Posted by At the Intersection: Art & Economies at 12:14